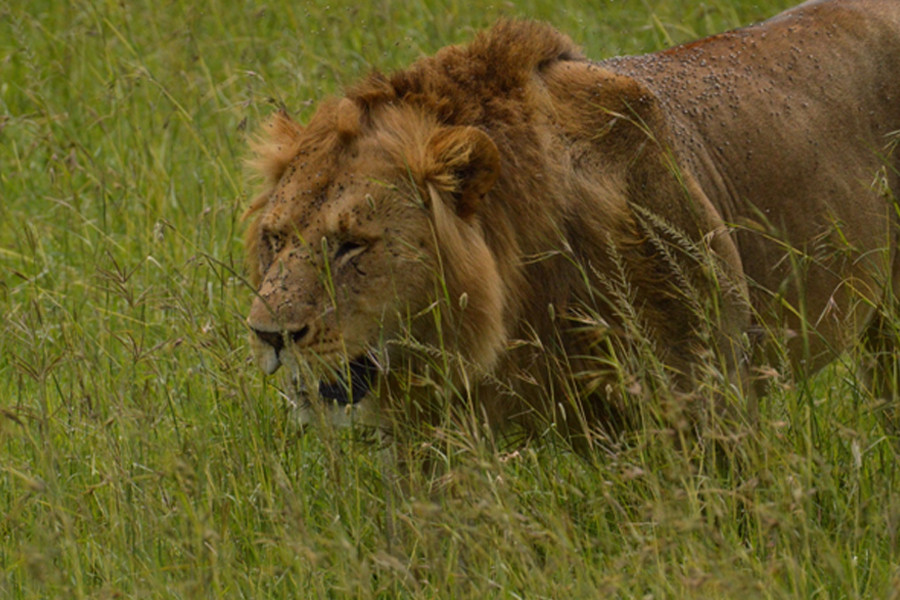 The ‘Big’ Safari- a trip for three generations- (1st part)

‘There is a predator nearby,’ said our guide with an expert air. Our weather beaten but sturdy olive coloured safari van jerked on Masaai Mara’s rusty red roads, raising dust clouds between thousands of wildebeest which spread over the expanses of the African savannah. The migration had started in June this year. By mid-July thousands, or maybe even hundreds of thousands of wildebeest had crossed the muddy waters of the Mara river from Tanzania in Kenya. They were placid animals, usually grazing forever on newer pastures, their moo’s very similar to domesticated cattle. The most significant shows of aggression we had seen were males locking horns, or one chasing the other in a power fight for territory, or females or both. But our guide Omandi was right, this felt different. The wildebeest had stopped grazing, their conical faces stuck to each other as they stood still in a closed formation that reminded me of Roman soldiers in a tight square (like the ones you see in films! Shield to shield, a solid cube of armoured men.) They gazed straight ahead, no mooing, no playing around. You could smell their tension.

Omandi wove the van between chunks of wildebeest trying to work out the position of the predator. On another area of the wide expanse, a still formation suddenly sprang into life churning into a silky black whirlpool of gleaming bodies, hooves and horns. ‘Something happening there!’ Exclaimed Omandi as he twisted the van towards the circling animals. Then he suddenly stopped, ‘Lions.’ Far in the distance, emerging from the circle of silky blue black, were two ginger brown dots. They loped in our direction, growing steadily larger.

One huge lion grew into our near vision. Our van stood on a small concrete bridge that spanned one of the many streams and tiny dry river beds that criss-crossed the Masaai Mara. He came nearer, and then abruptly disappeared in the tall grasses, just below the bridge. My father-in-law peered out of his window, scanning the area. ‘Draw your head in Baba, and draw up the window a bit,’ I whispered in apprehension. The lion was so near that I had visions of him jumping up on the bridge and on to our van! And then the second one came nearer, a slightly smaller lion. He too disappeared into the same place. For a few minutes we waited for drama, for the two to reappear on the savannah to fight it out. But everything was quite and still. The wildebeest were still vigilant, holding on to their army positions. The lions were still in their midst.

We passed the place the next day. The expanse was clear. The animals had moved off and the grass was close cropped. The bridge we were standing on had a culvert below it, which must have been the place where the lions had huddled. A pair of exiled young male lions, trying to make their place in the world, trying to find a pride of their own. Male lions trying to hunt without the females of the pride do not have an easy time, but while their sisters would have stayed on, these teenagers would have been turned out when they came of age to fend for themselves. They needed more expertise before they could hunt within a battle-hardened pack of wildebeest- herbivores with strength in numbers. The wild is sometimes a cruel world.

A Kenyan safari is a well-known bucket list trip. Nothing off the beaten track, nothing spectacularly new. But it is undoubtedly a lifetime experience. My husband, daughter and I were hooked. This was our fourth African safari- we had done Tanzania, Botswana and Uganda. But this safari was special- we had targeted the time of the famous Mara river crossings, the climax of the famous wildebeest migrations. Over and above we had our parents with us- this was a three-generation trip.

The ‘Big’ Safari- a trip for three generations- (2nd part)