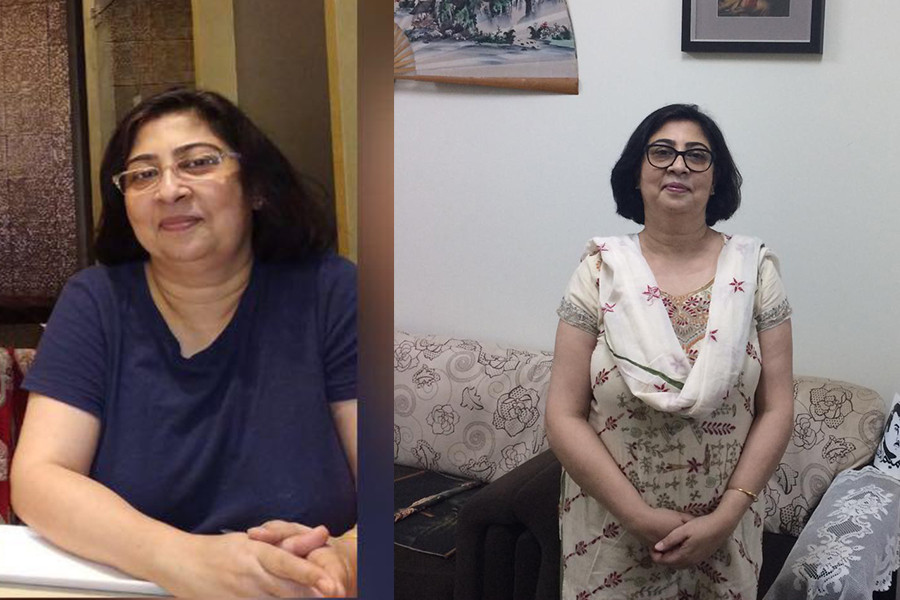 Freedom to choose: bedrock of my personal satisfaction

A communications professional, a daughter, a sister, a wife, a mother. Aparajita Mukherjee holds a master’s degree in Political Science and Journalism each. She attended Presidency College Calcutta during her undergraduate years. She presently resides and works in Qatar.

March 8 every year, we all know, is designated as International Women’s Day. It baffles me that in 2020, we still need the commemoration of one half of the population, on one particular day. Be that as it may, I’ve always believed, as a woman, each of us wear many hats - as daughters, as sisters, as wives, as mothers, as professionals – all in tandem. And success, being so relative, I’ve always measured it in terms of overall satisfaction – a tricky indicator when I’ve tried to wear (and still do) all the roles that I’ve consciously chosen – except being the daughter and sister.

Striving for satisfaction meant I didn’t make very worldly-wise choices. I married my classmate, shared the responsibility of building our lives shoulder-to-shoulder with him, chose motherhood when I was comfortable (I am grateful that no one including my husband and my marital family – literally, except my own parents - ever raised the issue even when I waited over four years to start thinking of a family), we raised her while working full-time, and I still continue to work, on the very right side of 50. I made these choices because of the fundamental belief that I needed my earned resources to be able to live according to choices I make - by choices here, I mean, what I like doing, what I believe in, what (again) brings me satisfaction.

Coming to the thought on individual and personal resources, in my adolescence and teenage, I saw women who had designated (not picked/chosen) roles and all of them were centred on the social roles - as wives, mothers – and the functional aspect that came with it and centred on the home. BUT, when it came to decision-making, there wasn’t much involvement from the women and, much to my dismay, I never found any of the women questioning it. It was, as if, ordained. I didn’t see myself fitting in, in any ordained role; I wanted to make my own choices and I understood - intuitively - that, that meant I had to be willing to live with the consequences. I wasn’t impressed with what I saw around me and wanted to craft my life differently and I logically deduced, I had to steel myself to live with results that came.

This steeling is what I call my life - till today, as I write. It means I work hard out of the home and, to the extent, I choose to at home (grateful again that my husband or my marital family never had any set expectations of me and I did to the extent I liked). I moved with my husband all through our marriage,hopping cities and countries, a choice I made because I wanted our daughter to grow up with both parents –in short, I chose to be the trailing spouse. And by virtue of that choice, it meant I relocated with him every time he got a better career break and looked for a job after we all had settled in (luckily, except for a very short phase, I’ve been able to stick with communications) in the new city/country.

If there is one takeaway from my journey, it is: every choice includes an exclusion (something that my college professor had taught us). I chose an arduous road, and I could stick by it. It needed gumption, and luckily, I have had an unending supply of it – it’s been hard work, but well worth it!