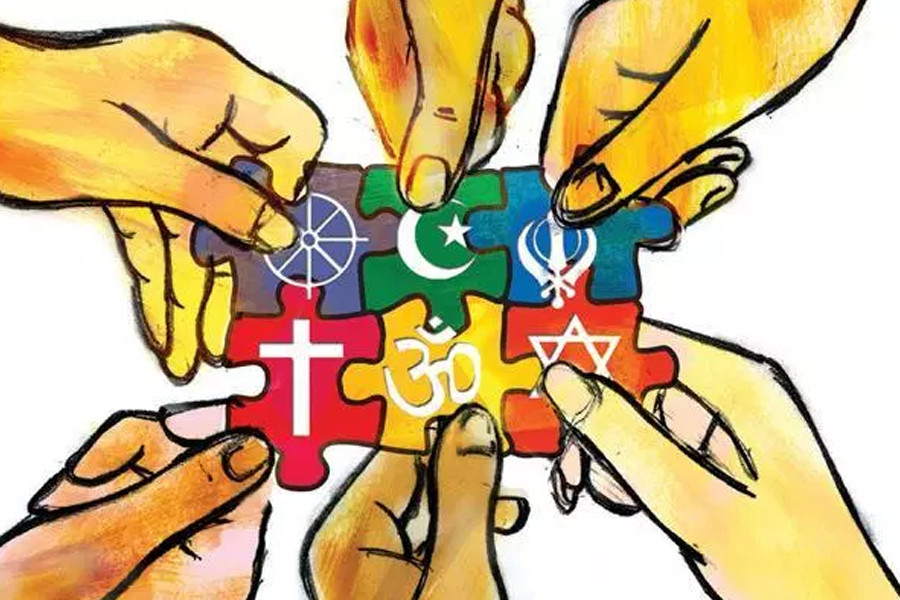 Minorities should neither be appeased nor oppressed

Partition of India has seen the largest human displacement in history. Just 4 years before the country’s independence, Bengal suffered the worst man-made famine which claimed up to 3 million lives. At the time of partition, it was not the only displacement, but more than a million more life was lost, many women were raped and much more brutally tortured. The entire section of a stable human population suddenly became homeless or minorities in their own country. Impact of this devastation continues till today and is as relevant as it was at the time of occurrence. More, unfortunately, these minority communities have now become the new tool for political exploitation. Politicians shamelessly exploit them for electoral advantages, adding insults to injuries. What is even worse and has been seen in Bengal particularly, is newly created Hindu minority in the then East Pakistan, when migrated to the Hindu majority India as refugees, they were subjected to sexual and financial exploitation, enslavement, etc by their majority Hindu brethren. Even though we understand that minorities were created for no fault of theirs, we tend to overlook and conveniently forget their plight.

Two states that led the physical struggle against the British rule, were the worst victim of  India’s partition. Punjab, after conceding huge loss immediately post partition, managed to transfer her Hindu and Sikh population to independent India. Story of Bengal was not quite the same and significant number of Hindus stayed back in East Pakistan. Slow migration continued over many decades and those migrants had to find a place somewhere in the country, unaided by the Government machinery. Clearly, the state of West Bengal had to accommodate most of them thereby making the state the fourth most populous state in the whole country. Since many of the Muslim community did not move out of India, particularly from Bengal to newly created Pakistan, they became a significant minority and a valuable source of vote bank politics. A perceptible tension has been brewing between the two communities in Bengal and the politicians willfully avoided to recognize this. Instead, they pretended that nothing was wrong and the two communities have been living in total harmony for centuries, which is only now getting disturbed. It has been a trend amongst us to cover up certain realities and assume that all is well until things go out of control when the weaker, vulnerable section of the society absorb most of the atrocities.  We must accept that many large scale riots between Hindus and Muslims have broken in pre and post independence India. It is to no one’s benefit just to pretend that the communities have no issues at all and have been living in absolute peace.

It is therefore important and essential that we look into minority issues more objectively and try to provide a permanent solution to the problem. Religious division is the first tool used to isolate the minority community. The Government must be firm in handling religious distractions, discourage promoting religious supremacy over another religion and contain mindless celebrations of religious festivities. All section of a community should be encouraged to participate in religious activities of other religion and this should act as a bridge to social integration.

Education should be universal and acceptable to all communities. Providing good education not only empower people but also contribute positively to the growth of any community. It removes superstition and brings all into the fold of a cohesive society. It creates job opportunity and brings economic independence. Once a community through good education makes socially upward movement and financially becomes solvent, it frees itself from a different kind of bondage imposed upon it. Social alienation and isolation become less, encouraging them to move freely in the wider society. There must be the same law applies to all communities and negative discrimination must be strongly discouraged. This is bound to have a positive impact on the physical health of society. Healthy community with sound education and economic solvency will surely make a positive contribution to the entire nation.

Our politicians should not exploit the minority community just to extract advantage for their own purpose but help them come back to a mainstream society devoid of religious superstition, poor education, and health. Appeasement is not the answer to the problem, neither is oppression. After 70 years of independence, all sections of the society must be on the same platform, must have the same opportunity and must feel an integral part of the country. Only then, the country will grow setting up the example to the entire world as the upholder of true democracy.