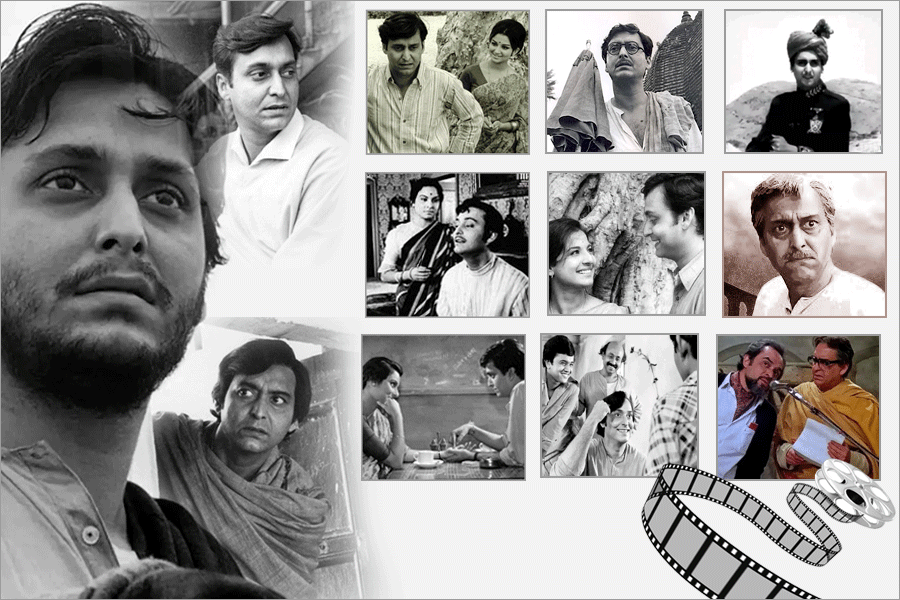 The article is a remembrance from the renowned poet, author, screenplay writer and administrator, Shri Devdas Chhotray, on the film legend Soumitra Chattopadhyay. The author, the first Vice Chancellor of Ravenshaw University, Cuttack and an officer of Indian Administrative Service of 1971 batch, visited the film legend along with his batch mate and former Chief Secretary of West Bengal Shri Amit Kiran Deb and had a prolonged conversation with Soumitra Chattopadhay on various issues. The interview resulted in an article by Shri Chhotray in the Illustrated Weekly, edited by Khuswant Singh, in 1972. The piece was part of a series called ‘Dialogue 72’, which carried conversations between persons from two different professions. Through this article Bombay readers got a closer vista of the then growing power-house of Bengali Cinema, Soumitra Chattopadhyay. Soumitra had specially liked this article and showed it to Shri Satyajit Ray, who apparently evinced some interest in the style of writing of this young writer, and had called him over. The author himself later got involved in the world of film as a screenplay writer, lyricist and his work ‘Shadows of the Rainbow’ was screened at Cannes in 1995.

I hate the mid-cult said Soumitra. His voice was without remorse. His eyes were glazed. When I broached the subject of middle-class culture, I thought he would reach for his revolver.

It was three o’clock in the afternoon. A non-violent sun had painted Calcutta an aquatic yellow. We were discussing his poetry. ‘Your poems too ooze out yellow’, I said, ‘the yellow of decadence. But, will all the metropolis rust? Can there be a total demise of culture’?

‘We are all dying’. He mused aloud. ‘The culture of the middle-class has now spread like a shapeless liquid, waiting for the final blow up. It has borne nothing. It has carried a hangover of colonialism in its secret, flowerless womb. The Inga-Banga samaj (anglicized Bengalis) of the Charulata days still exist in diminutive forms. No culture can be potent without social responsibility’.

‘Is there no hope of redemption’? ‘No’, his voice did not quiver when he pronounced his judgment. ‘Who will redeem it? These intellectuals of the middle culture? They who have neither a love for life nor the conviction to exist. We shall all be deservedly thrown into the dustbin of time.’

Soumitra has not yet published a book of verse. Though he writes in all the notable journals of Bengal, little is known of his literary pursuits, outside a select Bengali elite, although he has been editing ‘Ekhan’, an avant-garde journal in Bengali, for the last nine years.

Soumitra’s poetry is sincere but motionless. The motionless light of his poet-self is quietly lost in a colourful stardom. When I asked him which of the two art-forms, film and poetry, he found more satisfying, he is quick to say that it was acting that was in his blood. As the years have drifted by, his writing has become lean and acting has become the expanse of his language. But in such leanness, he believes, lies power. ‘Sometimes a poem or the intensity of a fractured line out powers a whole film’, he admitted.

I looked at him. His sharp features were glazed in the diffused light. Like a razor’s edge. ‘When you act’, I asked, ‘don’t you have problems with your ego? Doesn’t your creativity revolt, when you move according to job charts and pre-conceived notions handed down by a director?’. Soumitra understood, but was not provoked. ‘My creativity is always autonomous,’ he explained. He mentioned his assignments with Satyajit Ray and Mrinal sen. Both of them are overbearing but neither has tied him down with abstruse theories. Even in ‘Apur sansar’ in which he made his debut, Ray had made it a point to make him understand the machines of his medium. A healthy rapport existed then and does to this day.

‘For instance’, he said ‘Satyajit Ray gives me the whole script to read before he makes the film and not just bits of roles to read on the sets. Of course, when one acts, one’s ego is often edged out; the ego of the character one portrays takes its place. The experience is glorious as it always means a release from petty selfhood.’ He continued, smiling, ‘honestly, the ego becomes a problem when I am a glamorous star in chalu roles and there is no Satyajit Ray’.

The room we were sitting in had staid white walls. Books were scattered on grey shelves and piled up on a table somewhere in the centre of the room. The flowered tiles on the floor were trying to weave a happy motif. Soumitra smoked on in silence, alone. The talk had drifted to an artist’s awareness of polities. Mere political awareness will not determine the quality of an artist, he observed.

For a conscientious artist, won’t such awareness lead to involvement? ‘Not necessarily’, he replied, ‘Besides, an artist will differ from an activist in the way he expresses himself. It warrants a deep understanding of life as well. Somewhere along the way, political awareness must fuse in to awareness of life.’

What do you think of Utpal Dutt and his people’s theatre? He paused. ‘Honestly, I have never been impressed with the New Left and its involvement in our culture. There is something pseudo about it, or In the least, a profound ambiguity. There is an emptiness between its promise and its performance. Utpal Dutt is a great entertainer, but I don’t consider him a life-size revolutionary.’

When discussing the leftist convictions of Mrinal Sen and Ritwick Ghatak, he said that Mrinal is innovative but he relies too heavily on gimmickry. Ritwick, on the other hand, is startlingly original. I wondered if he considered Satyajit Ray less contemporary. ‘Of course, no. The point is: his oblique subtleties do not allow for any overplay. Even Charulata can be construed as a social index.’

‘What do you think of the Naxalites?’ I asked giving our conversation a twist. ‘A passing phase; at worst a mock-heroic sensation, and at best, pure and simple passion misguided.’ ‘Shouldn’t one have the right to look back in anger?’ I pleaded. He agreed. ‘From anger to violence is a smell step. I am not opposed to violence on principle.’ He sounded almost Lockean when he found several limitations to the use of violence.

‘No minority can ever arrogate to itself the power to sit in judgment over social strata. Violence is valid only if the majority attests it. Naxalities are arbitrary. They haven’t made any reference to the majority.”

Soumitra believes that a good actor exercises artistic restraint without which free acting is reduced to redundancy. Mimicry and pantomime are necessary aids but definitely not the dominant factors. He feels that his own skill in recitation has shaped his interaction and clarity. ‘In our present state of civilization we are nearer to spoken words than to gestures.’

“Pardon my macabre fancy,’ I said, ‘But, if you are forced to choose between your tongue and ears, which one would you retain’? Soumitra did not understand. But I persisted, ‘Suppose a wild god comes to you and asks you to part with one them, which one would you spare?’ ‘I will keep my tongue for anything,’ he said grimly. ‘I have to communicate, came what may.’ In a sentence, he had capsuled the mission of his life.

It was evening when I left him alone in a room full of books upstairs. Below, the dark lanes had tapered off into lighted highways, like arrow-marks. 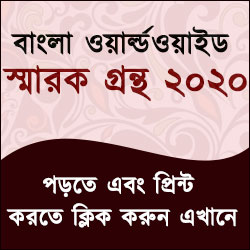 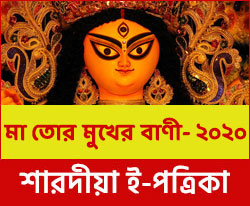